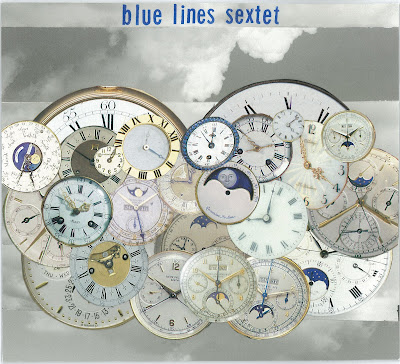 "Let’s say you receive an invitation for a formal New Year’s party. Question: how do you behave? The golden rule would probably to… stand back, observe, follow the example. It’s probably the decent thing to do, nobody likes a party pooper of the kind that’s a bit too present. But of course you also want to avoid that people start wondering why they invited the boring one. So, you adapt, but also bring some extra color to the party. Ideally.

When the Blue Lines Trio played 2016’s first concert at the Bim, they’d brought a few guests along. Not unfamiliar guests, of course, but it was the first time the band performed as a sextet in public. In 2014, the Trio had already released its terrific eponymous debut album, even though only drummer George Hadow was a true newcomer. Both Michiel Scheen and Raoul van der Weide had been members of the Dutch jazz/improvisation community for decades, but there had been a lengthy break for Scheen.

It was great to have him back, as the album throbbed with exciting playfulness and titillating energy, combining swift interplay with jerky rhythms, contagious swing and sudden bursts of near-chaos. No extended marathons or exhausting battles, but short and tasty bites, combining strong themes with a healthy dose of risk and freedom. Scheen’s compositions for that album all reappeared during this concert, but in a generously filled-out form, sometimes bustling with an endearing familiarity, but also approached with a balance of nerve and respect.

Don’t look any further than “Chop” for an example. Keep an eye out for Hadow’s nimble control and accents, Scheen’s swift gallop and the elastic accompanying of Van der Weide. It’s the trio’s fickle character on display. When trumpet, tenor saxophone and trombone join in, they do it almost unnoticed at first: with mournful singing by Wolter Wierbos, soft pops by Ada Rave, and short squeaky smears by Bart Maris – all dedicated colleagues who get to delve into their arsenal of styles and techniques throughout the concert. It’s the first example of a series where guests and hosts find themselves in a house party that’s only starting.

More striking evidence: the roles are exactly reversed in the following improvisation, with the guests painting a colorful picture, and the original trio joining them only later on. Not with a bang or grand entrance of authority, but by sneaking in through the backdoor, to take the temperature of what’s going on. It’s a sign of trust that is further explored in compositions and free improvisations. Group fractions develop and individual moments pop up at regular intervals, while the clattering energy of Scheen compositions “Solid”, “Idols” and “Stumble” get jerky, nervous renditions, and closer “Sigh”… the exact opposite.

Also their interpretations of Charlie Haden’s “Silence” and Mingus’s “Goobye Pork Pie Hat” are given impressive, differing interpretations. While the first shows an absence of polish that only heightens the emotional punch, the second enriches the stately performance with a game of hide & seek (and Van der Weide’s trademark cracklebox) that steers it towards chamber music territory, only to end up with an expressive, aptly orchestral elegance. And it’s exactly this balance of invention and loyalty that turns this recording into such a success.
Immediately after the recording, you could feel that audience and band had experienced something special. Returning to this performance only confirms that impression. The band displays all the qualities they’d shown on their debut album, and with the help of these three guests, the new result became a different, but thoroughly connected story, with added colors and sounds that enriched the whole and stressed the core qualities at work. You can imagine them looking forward to an invitation to the next party." 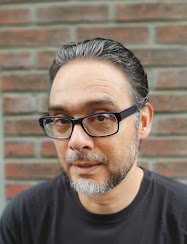